This weekend, football coaches all over the country will wear a Coach to Cure MD patch on their sleeve during games.  Coach to Cure MD is a partnership between the American Football Coaches Association (AFCA) and Parent Project Muscular Dystrophy. One reason the AFCA was drawn to Coach To Cure MD was because of the unique parallels between Duchenne Muscular Dystrophy, a disorder which robs young men of precious muscle strength, and football; a game where young men are at the peak of their muscle strength.  The goals are to raise national awareness of the disorder and raise money to fund research for a cure.

Duchenne Muscular Dystrophy (DMD) is a devastating and progressive muscle disorder that only affects boys, causing a loss of both muscle function and independence. DMD affects approximately 1 out every 3500 boys born worldwide. It is the most common, lethal genetic disorder diagnosed during early childhood. Nearly all boys with DMD die by their late teens or early 20s from respiratory and/or cardiac complications.

When I was the offensive coordinator at The College of New Jersey, news of this disease rocked our hometown of Hamilton, NJ.   Our son Shane’s first-grade teacher shared the news that her son Ryan had been diagnosed with DMD. Maria and David Schultz have fought every day to bring awareness to and raise funds for a cure for DMD through the creation of Ryan’s Quest.  To make a donation and bring hope to families you can visit http://join.parentprojectmd.org or http://www.ryansquest.org 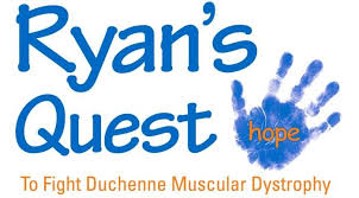 When I was the head coach at Castleton State College, the Schultz family drove up to Vermont so that Ryan could be an honorary captain at a home game when we brought awareness through Coach to Cure MD.  Last season, at St Johnsbury Academy, we had one of our students afflicted with the disease join us for the coin toss and we collected donations during the game. Although we will be on the road for this weekend’s game, our staff will be wearing the patch and we will take the opportunity to share how very fortunate our players are to have been blessed with such strong bodies and the ability to play this great game.